This event action is designed to execute a custom script of script command within the current event. The action may be accessed by selecting Run a Script or Script Command from the action group menu. Simply select the script (or enter the script command) you wish to execute or build your own script. 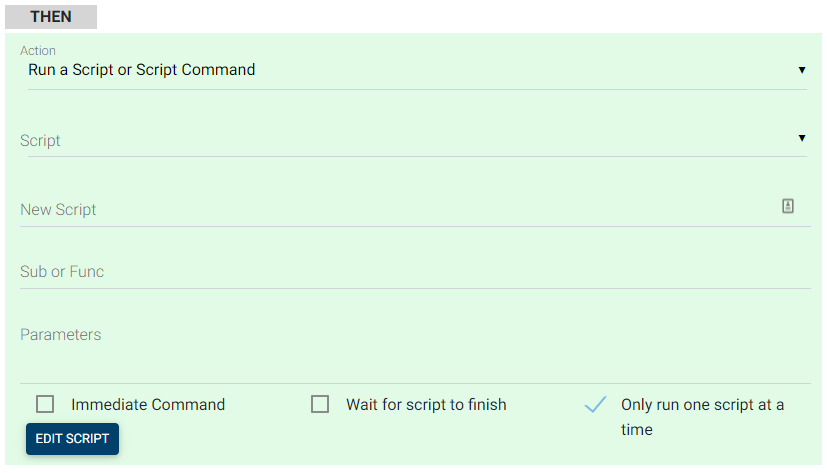 Run a Script or Script Command

In this example, the Startup.vb script will be run when this event executes.